The Broader Background: Indiana is Finally Transitioning to Clean Energy

The Context for HB 1414: The Coal Lobby Wants to Slow the Transition

The coal industry employs 2,500 miners in Indiana, representing 0.074% of total employment in Indiana. Yet the coal lobby — which is an important campaign contributor in Indiana to key elected officials — is pushing hard to enact special interest legislation that could delay the retirement of aging coal plants, even if those coal plants are more expensive for our pocketbooks than running clean energy resources.

The Essence of the Legislative-Passed HB 1414: A Needless Roadblock

HB 1414 require electric utilities to participate in a brand new regulatory process before the Indiana Utility Regulatory Commission before proceeding with a retirement.  HEC offered three recommendations in lieu of either the House or Senate version of HB 1414.

HB 1414 creates a regulatory hurdle for electric utilities to retire their coal plants. That will diminish interest by clean energy developers and investors in Indiana because it creates real uncertainty about when they might be able to compete to replace an old coal plant. This sets up a negative economic situation for Indiana, since clean energy jobs are forecasted to be the fastest growing professions in the US – and global clean energy investment totaled $280 billion in 2019 alone.

Indiana has plummeted in energy competitiveness over the last 17 years, from being one of the most affordable states in the U.S. to being in the middle of the pack. HB 1414 risks raising our electric rates by needlessly prolonging the life of coal plants when cheaper alternatives are available.

A community that has good environmental amenities is an important factor in the decision-making about where college graduates and young professionals live. By blatantly favoring an aging, unhealthy energy technology, the Indiana legislature is sending a discouraging signal about their attitude about cleaning up Indiana’s environment, which has a number of troubling rankings.

Our Alternative Proposal to HB 1414

Our Reaction on the Governor’s Signing of HB 1414

“HEA 1414 is the third major piece of legislation that sends a negative signal to the clean energy sector to become law in Indiana in just the last six years.  We regret that Governor Holcomb did not veto it, particularly because Indiana’s economic revitalization, after the very urgent public health crisis that we are in subsides, is contingent upon having the very best public policy climate in Indiana for job growth.  One of the best sectors for job growth, according to the U.S. Bureau of Labor Statistics, is in clean energy.  As we look to the next legislative session, it will be key to making sure that the sunset date in HEA 1414 is not delayed or removed — which would worsen the negative signal to the clean energy market and would likely increase electricity rates for everyday Hoosiers. It will be key to work with the growing number of lawmakers, on both sides of the aisle, who are committed to facilitating the growth of clean energy jobs through positive, proactive public policy.” – Jesse Kharbanda, Executive Director

A History what has happened (in reverse chronology)

The House and Senate approved the Conference Committee report, which was essentially the House version of HB 1414, on March 10, 2020.  The AP , CBS 4 Indy, Fox 59, and Star covered it.

The HB 1414 Conference Committee was held on March 8th, and the Statehouse File covered it.

The Associated Press and IndyStar have good synopses of what was done in the Senate Utilities Committee on February 27th.

For a recap of what happened after the February 3rd House floor vote, please see Fox59, Statehouse File, IndyStar , and Tribune Star coverage.   RTO Insider has a detailed, yet accessible review of the bill as passed out of the Indiana House.

For a recap of what happened after the Jan. 22nd hearing, read pieces by the Associated Press, Chicago Tribune, Energywire, Ft. Wayne Journal Gazette, Indianapolis Business Journal, and the Statehouse File, among many others.  Listen to HEC Executive Director Jesse Kharbanda’s testimony for further explanation of HEC’s position on HB 1414 (select Jan. 22, at the 1:55:10 marker) in the House Utilities Committee.

Time is of the essence 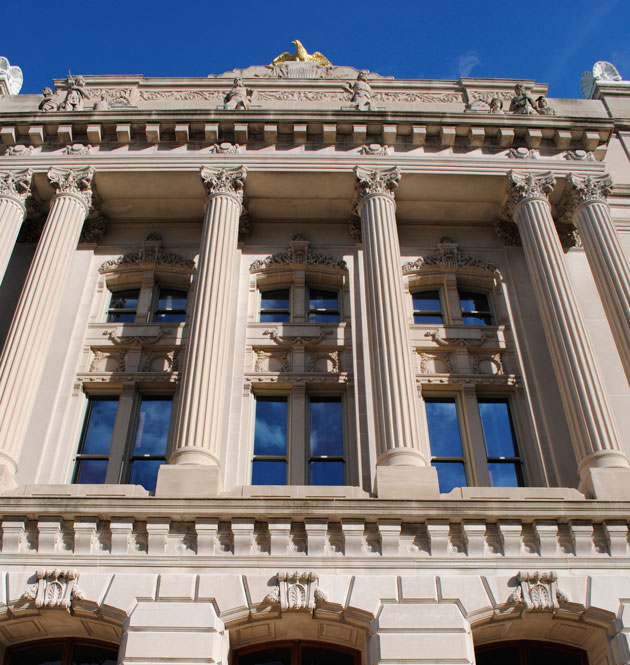 Reaching the Governor at govholcomb@gov.in.gov takes just a few minutes of your time!

Go to a Third House Meeting

Attend a town hall or Third House meeting in your state representative’s legislative district and speak out against the bill!  (We are sensitive to the fact that some meetings will be canceled due to coronavirus concerns.)

Make phone calls to HEC members so as to urge them to call the Governor!