Clean, uncontaminated water is essential to all forms of life.

However, most of Indiana’s waterways struggle with sediment runoff, excess nutrients such as phosphorus, and even infectious bacteria such as E. coli. HEC is working to protect Indiana’s water resources by focusing on the greatest threats to Indiana’s drinking water, rivers and lakes.

Where does our drinking water come from?

Testing of water quality in lakes and rivers by the Indiana Department of Environmental Management (IDEM) show that our most prevalent challenge is high levels of E coli, which are bacteria from animal and human feces. IDEM estimates that the biggest sources are livestock operations and inadequate treatment of human sewage.

Indiana is a water-rich state and originally had wetlands covering 24% of its acreage. Wetlands can store up to 1.5 million gallons of water per acre. That storage reduces the risk of flooding. While the water is stored, wetlands purify it and allow it soak in to recharge the groundwater. Indiana has lost more than 85% of its original wetlands. As climate change brings more precipitation to Indiana, it is critical to protect the remaining wetlands. In 2022, the Indiana Wetland Task Force is working through its charge from the legislature to arrive at recommendations for Indiana wetland policy. HEC submitted comments to the Wetland Task Force in June 2022. Learn more and see recorded webinars about Indiana’s Isolated Wetlands.

The Hoosier Environmental Council is one of the Nina Mason Pulliam Charitable Trust’s Partners for the White River. HEC’s work in this partnership includes our work to reduce the impact of coal ash, livestock operations, and nutrient pollution on the White River; to protect the watershed from irresponsible development; to advocate for river-protective policy; to create a video on reducing flood risk; and to create the Mounds Greenway from Anderson to Muncie.

of our waterways are impaired.

Indiana has lost at least

The federal Clean Water Act turns 50 years old in 2022, so how has it affected Indiana’s waters?  The short answer is that there have been benefits, but it has also left some water pollution unaddressed.  Indiana has seen a significant reduction in sewage and industrial waste going into our waterways since this law was passed in 1972.  However, the Clean Water Act is weak on some issues:

Some aspects of the Clean Water Act simply need more effective implementation in Indiana.  In particular, Indiana’s discharge permits are far from the law’s original objective of eliminating pollution discharges, and the permits that have been issued aren’t always fully enforced.  The Environmental Integrity Project released an in-depth report on the Clean Water Act at 50 with recommendations for strengthening the law and strengthening implementation of the law.

Northeast Indiana is a source of nutrient pollution to the Western Lake Erie Basin. Under the Great Lakes Water Quality Agreement, Indiana wrote a Domestic Action Plan for reducing phosphorus heading to Lake Erie in the Maumee River. HEC followed the drafting of the plan closely and submitted comments during the public comment period. We are now tracking the plan’s implementation.

There are steps all citizens can take to reduce nutrient pollution. Find out what you can do through our partnership in the Clear Choices Clean Water Program.

The federal Clean Water Act requires states to periodically review and update their water quality standards. In its most recent review, Indiana started the process of changing its standards for the concentrations of metals in lakes and rivers to match national recommendations. HEC submitted comments.

For Indiana’s segment of the Ohio River, it uses the standards established by the multi-state compact for the river known as ORSANCO. Over the past 70 years, ORSANCO scientists have carefully calculated the concentrations of several hundred chemicals that the river could tolerate and still remain healthy for aquatic species and for people. Indiana uses those standards in writing permits for discharges to the Ohio River.

In 2018 there was a proposal to eliminate ORSANCO’s standards. HEC partnered with more than a dozen organizations from the Ohio River states to advocate for preservation of ORSANCO’s pollution control standards, and we were successful!

Partners for the White River

In 2017, the Nina Mason Pulliam Charitable Trust launched Partners for the White River with support for 9 Indiana organizations to help make Central Indiana’s most significant feature more accessible, more valued, and cleaner. HEC’s work in this partnership includes our work to reduce the impact of coal ash at 3 sites: Duke Energy Noblesville, IPL Harding Street in Indianapolis, and IPL Eagle Valley near Martinsville; to reduce the impact of manure; to reduce nutrient pollution; to protect the watershed from irresponsible development; and to create the Mounds Greenway from Anderson to Muncie.

How to Make a Difference

Every year communities and organizations across Indiana gather for river clean up events. Organize with a club or group and join in. The events are a great way to meet people, raise awareness and educate others. Plus, you’re outside enjoying time with family and friends. 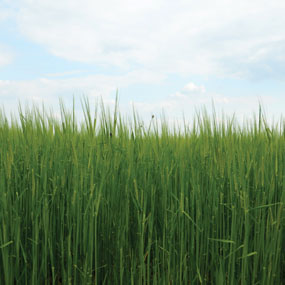 Go phosphorus-free. It is estimated that just one pound of phosphorus in the water will produce 500 pounds of blue-green algae. Much of the phosphorus (phosphate) you apply actually runs off the lawn before penetrating the soil. That means it gets into the lakes and streams contributing to the blue-green algae bloom and growth of other undesirable aquatic plants.