Indiana has the potential to be a sustainable energy leader in the U.S. — creating jobs in renewable energy and energy efficiency, while reducing our state’s significant carbon footprint.

We’ve experienced significant progress on both fronts. Indiana has nearly 84,000 jobs in clean energy (Clean Energy Trust, 2018).   Indiana’s dependency on coal for its electricity — the largest source of greenhouse gas emissions in the U.S. — has gone down from 85.5% to 64.6% in just nine years (IURC, 2017).

HEC supports, and actively advocates for, public policies that facilitate investment in utility-scale renewable energy, customer-owned renewable energy, and energy efficiency.  Dedicated public policy in these areas, with an eye towards stabilizing and reducing energy bills for Hoosiers, would enable Indiana to be a better magnet for clean energy jobs and improve our state’s public health standing as well.  In that vein, HEC is urging the 21st Century Energy Policy Development Task Force to provide serious consideration of energy efficiency, solar energy, and sustainable forms of combined heat and power as they begin their multi-month process of forming recommendations for Indiana’s energy policy future.

When people think of rural Indiana, they tend to think of rolling hillsides and sprawling cornfields – a place abundant in fresh air. Unfortunately, that isn’t an accurate picture. In fact, there are pockets of Indiana where people get exposed to unhealthy levels of air pollution.

You can’t see or even smell it in the air, but particulate pollution (from sources ranging from coal plants to cars to outdoor wood boilers) in Indiana is impossible to miss when viewing national health statistics. Indiana ranks #44 in air quality, in terms of average exposure to fine particulate matter (United Health Foundation, 2018).

Indiana’s addiction to fossil fuels also perpetuates coal mining — a sector that employs less people in Indiana than the Indiana solar jobs sector does — and yet does damage to our rivers and our air.

With the proper investment in energy conservation, energy efficiency, customer-owned renewable energy, and utility-scale renewable energy resources (i.e., the kind that you see at the Indianapolis airport), Indiana can meet future electricity demand at a lesser cost both to our pocketbooks and our health than our current approach.

It’s time for Indiana to invest in sustainable energy sources at a much faster pace and scale than planned. It’s the smart choice – for both our bodies and our bank accounts.

in air quality in terms of average exposure to fine particulate matter.

Indiana has more than

Indiana has reduced our dependency on coal for electricity to

A leading policy strategy would be for Indiana to re-enact an energy efficiency portfolio standard, also called an energy efficiency resource standard (EERS). Indiana had an EERS from 2010 to 2014, thanks to Governor Daniels and the advocacy of several consumer & environmental groups, but it was abolished by Governor Pence and the Indiana General Assembly in 2014. An EERS is the fastest, most cost-effective way for states to reduce their energy usage — saving homes and businesses money, spurring a vibrant building retrofit sector, and reducing the need for costly new, carbon-polluting power plants. In the absence of an EERS, the Hoosier Environmental Council is continuing to advocate for a PACE Financing law, urge its supporters to oppose investor-owned utility efforts to hike their “fixed charges” during rate cases (which disincent energy efficiency), and make sure that energy efficiency is a strategy in city-level climate resilience plans.

A second major public policy that is missing in Indiana is a “Property Assessed Clean Energy” (PACE) financing law. The term may sound technical, but it refers to the idea of the Indiana General Assembly allowing for cities & counties to create special financing programs that give low-interest loans to small businesses to invest in solar energy and energy-saving equipment, whereby the loan stays with the property, rather than the property owner. Since the loan stays with the property, it allows the property owner to take the plunge in going green, without worrying about the precise length of his/her payback period. PACE exists in all states in the Midwest, but Indiana and Iowa (PACE Nation, 2017). The Hoosier Environmental Council has been the state’s leading advocate for this law, securing bi-partisan support for a PACE financing bill twice. HEC is waiting for the right set of circumstances to emerge in the legislature before pursuing this effort again.

A third policy front where we seek to accelerate the transition from our historic fossil fuel addiction to zero carbon emissions energy lies in influencing the policies of individual investor-owned utilities with respect to their power plants. Utilities sometimes choose the option of retrofitting already old coal plants instead of shutting them and replacing them with much cleaner sources of electricity. Through a combination of research, education, and grassroots organizing, HEC was involved in a very focused way in a successful campaign that led a major utility company to retire their coal plant and replace it with natural gas; while gas is quite problematic in terms of the risks posed by hydraulic fracturing to groundwater, gas has a carbon footprint that is nearly half of coal’s (EIA, 2017). HEC occasionally weighs in on environmental cases (as an intervenor) as well as rate cases (as a commenter) before the Utility Regulatory Commission.

How to Make a Difference 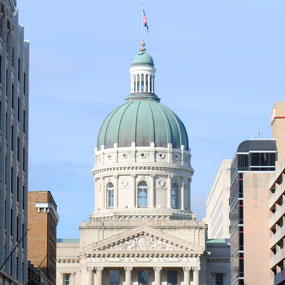 Meet with your legislators and encourage them to support legislation ensuring that a.) net metering is fully restored in Indiana and b.) that Home Owner Associations do not impose unreasonable restrictions on homeowners’ desire to install rooftop solar on their own homes. To understand this issue, watch the Indiana HOA Solar Legislation video. 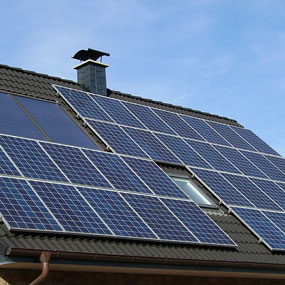 Create Your Own Energy

Energy production is still overwhelmingly dominated by fossil fuels, which account for about 80% of its electric generation in Indiana (IURC, 2017). That leaves Hoosiers asking what they can do in the face of such a large problem. One plan of action is to embrace homegrown, sustainable energy in your home and community by building your own “power plant” – a wind power system or solar power system to provide energy for your home, place of worship, office or community center. This solution is not as out of reach as it once seemed; find some of the best Indiana-based renewable energy installers, who also happen to be our HEC Green Business partners. Learn more about how Indiana’s laws have changed regarding rooftop solar energy. 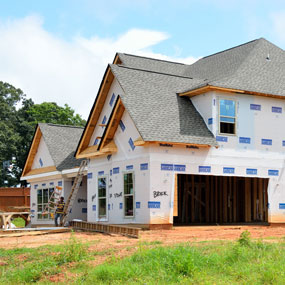 Buildings use 72% of the electricity produced in the United States. Green buildings will save energy, reduce operating costs, conserve natural resources, and make office environments healthier and more productive for those using them. Support the re-enactment of Indiana’s residential energy efficiency building code.