A Message from HEC’s Board

On October 7th, 2021, Jesse announced his intention to begin a new chapter in his career, which will start in just a few months.

It would mean a whole lot to Jesse if you took a couple of minutes out of your day to read the HEC Board’s reflections (please see below) on all that Jesse has helped to accomplish in the last approximately fourteen years.

After reading the Board’s own reflections, please do be sure to read Jesse’s personal announcement to Members, Donors, Supporters, Partners, and the larger environmental community about his plans for his departure and for a new chapter in his career. In addition, be sure to also catch HEC’s formal press release conveying this big news, which includes remarks by our Board Chair, a prominent lawmaker on each side of the aisle, and a distinguished leader in each of the areas of social justice, democracy reform, faith, and climate action. Finally, you may value interviews that Jesse has very recently had with the NPR affiliate WFYI, Indianapolis Star, “In this Climate” podcast, the Environmental Transformation Podcast, Indy Politics/WIBC, Lakeshore Public Radio, WISH-TV, and Michiana Public Radio and you may also value reading very recent coverage in Indiana Environmental Reporter, Inside Indiana Business, Indiana Public Media, and the Associated Press; this coverage not only is retrospective in nature, but discusses current Indiana environmental challenges & opportunities, as well as aspirations for HEC and for Indiana.

“When Jesse Kharbanda arrived in Indianapolis (on a cold wintery day back in December 2007), he aspired to make HEC a big tent, upbeat, and highly professional organization. He never wavered in his aim to realize that vision.

A Believer in Taking on Major Environmental Challenges 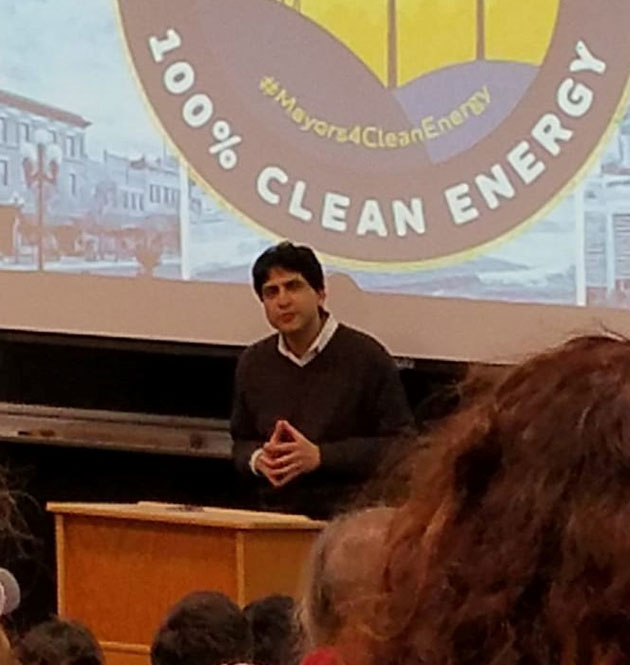 Jesse has not had any illusions about the difficulty of the political terrain in Indiana nor about the nature of its challenges. Jesse consistently kept HEC’s strategic focus on dealing with coal ash and factory farm pollution, protecting & expanding forests and wetlands, enhancing environmental health, and fostering carbon-free energy and transportation solutions. And with HEC’s merger with the environmental justice-focused Legal Environmental Aid Foundation in 2011 and the establishment of a standing Indianapolis Environmental Justice Initiative in 2016, Jesse has significantly deepened HEC’s commitment to help people who bear the greatest burden of pollution.  In the spirit of championing environmental justice for rural Indiana, he successfully advocated for what is believed to be the first-in-the-nation program to replace dirty outdoor wood boilers with renewable energy systems, using funds generated from a major air pollution legal settlement.  He has led our Legislative Staff with vigor and he and his Staff have met with countless lawmakers on both sides of the aisle—and have testified before multiple committees—in pursuit of helping to take on the state’s biggest environmental challenges. And he strongly supported a robust litigation program, taking on polluters that threatened our forests, wetlands, rivers, and air through leveraging the incredible talents of both in-house and external attorneys.

Jesse has enthusiastically embraced the role of being a coalition leader both in state-level and Indianapolis-level advocacy. As one prominent example of this, he brought together a number of environmental, public health, and land protection organizations to successfully stop a dangerous, anti-public health policy from becoming law. This and other leadership in the realm of public health led Jesse to be honored with the Hulman Health Achievement Award for Public Policy.  Jesse has also demonstrated his great abilities in coalition leadership in the field of renewable energy; he created a coalition of business & environmental leaders and Mayors to advance state legislation regarding commercial PACE financing, an important renewable energy and climate solution.  Jesse’s years of enhancing collaboration in the area of renewable energy led him to be selected as a “40 Under 40” by the Midwest Energy News.  Jesse has played an analogous coalition-leading role in Indianapolis to bring a diversity of environmental groups together to achieve a unified platform with regard to the Mayor’s priorities in 2015, the city’s climate plan in 2019, and sustainability recommendations in 2020. Most recently, in 2021 he helped achieve unified support among an array of public interest organizations for the establishment of the City-County Council’s first-ever standing environmental committee. 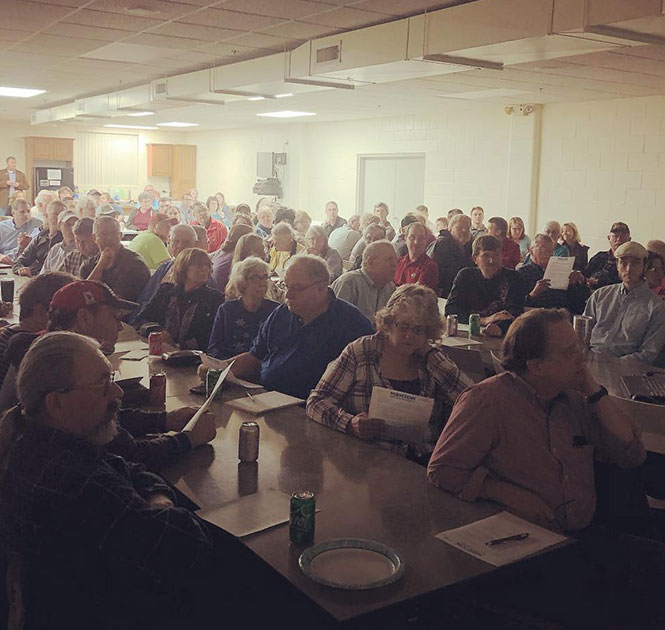 Jesse’s unwavering positivity in a state with a very difficult political climate stems from his abiding belief that the environmental movement has limitless potential to grow. While presiding over all thirteen years of our signature event, Greening the Statehouse (GTS), he has sought to draw in speakers and attendees who are diverse—in age, profession, geography, race, and political background; over the life of GTS, thousands have joined our event and it has become the state’s largest annual environmental gathering, with more than forty nonprofit and green business sponsors across Indiana. Jesse has also pursued his vision of a big tent environmental movement by giving talks to college students, young professionals, League of Women Voters chapters, congregations, public health groups, and everyday citizens in all corners of our state. He’s engaged in meaningful conversations with the business community, and has consistently supported the growth of our Green Business Program, which now consists of nearly fifty businesses. Jesse oversaw the expansion of HEC’s highly targeted organizing to build grassroots power in legislative districts that play an outsized role in the legislature. That ethic of expanding our movement and building bridges helped Jesse to earn the respect of the Indianapolis Business Journal, which named him a “Forty Under 40,” as well as DePauw University, which awarded him a Doctor of Public Service. During the pandemic, Jesse’s energies did not abate, and he and his team hosted twenty-five online policy forums—viewed more than 30,000 times—aimed at engaging not only our members and partners but those unfamiliar with HEC. 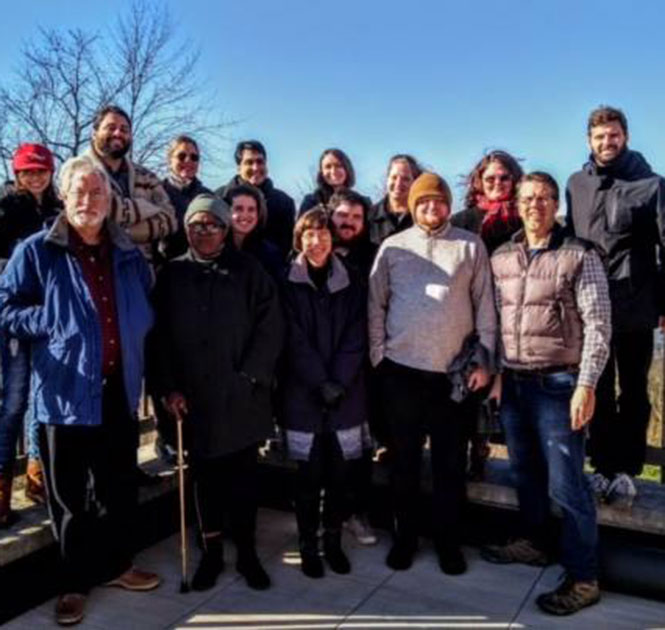 Jesse has been ever mindful of HEC’s past and current significance to the Indiana environmental movement, and he has therefore worked incredibly hard to build a highly professional Staff that can support and advance the overall movement. Jesse is particularly proud that, through his support of existing Staff, recruitment of new Staff, and cultivation of an overarching organizational philosophy,

HEC has developed a work culture that is optimistic, problem-solving oriented, kind, and collaborative. And it’s a remarkable achievement that HEC’s Staff is two-and-half times the size that it was when he began; that it includes prominent public policy leaders in our state in environmental health, wildlife habitat protection, sustainable agriculture, solar energy, and environmental law; and that it is majority women, and has more people of color than any environmental advocacy group in the state. Furthermore, Jesse has helped place HEC on much stronger financial footing than it was on when he began—through overseeing the diversification of income, deepening financial support from donors and foundations alike, and operating with prudence to sustain HEC for the long run. Not only has Jesse built a top-tier Staff and strengthened the finances of the organization, he also helped to lead HEC’s merger with two nonprofits, first the Legal Environmental Aid Foundation in 2011, and then Improving Kids’ Environment in 2019. 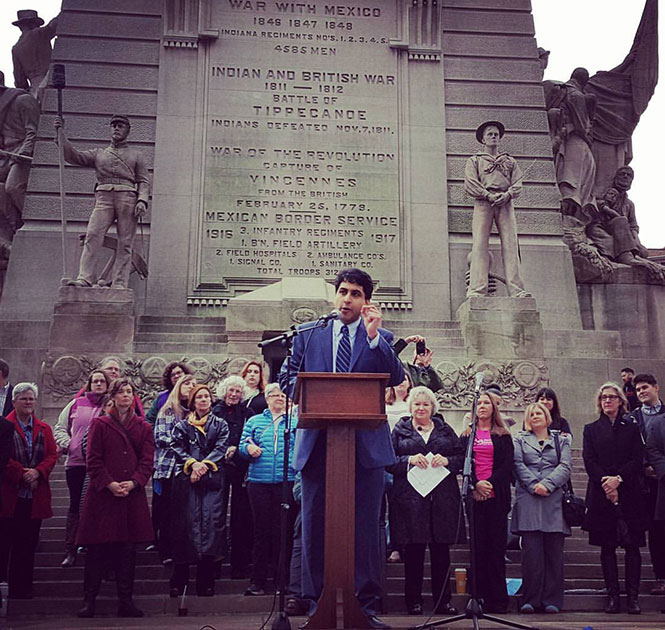 Cultural change comes from actively advocating for your ideas among people who’ve never heard your message or who are skeptical of it. And Jesse has embraced the role of engaging countless such people in the environmental cause—he’s spoken before an array of organizations (like Kiwanis and Rotary Clubs) that have rarely had an environmental advocate as a speaker, and has made the case for greater environmental protection on radio and TV in five regions of our state. Furthermore, over Jesse’s tenure, he has written OpEds on climate solutions like renewable energy, mass transit, and wetlands as well as on dangerous environmental policies and destructive highway development. In addition, he was honored to be asked to lend his voice to two prominent firsts in Indiana: the inaugural local-oriented Commission on Environmental Sustainability in Indianapolis and the historic state-level Bicentennial Visioning Project. And Jesse has literally ascended the bully pulpit, including speaking at rallies on the steps of the Indiana Statehouse and on the steps of the Indiana State Soldiers and Sailors Monument, and at the People’s Climate March in one of our capital city’s most historic places of worship.

To conclude this reflection, we are beyond grateful for Jesse’s laser-focused energy in service to HEC’s mission. While we’ll miss Jesse’s intelligent, positive, industrious, honest, and caring nature, we know that he leaves HEC in a strong position for a new chapter and a new phase of growth. Until then, we invite our friends in the Indiana environmental community and beyond to join us in extending gratitude to Jesse for the legacy he leaves to this organization, and to Indiana’s environment.”

-The Hoosier Environmental Council Board of Directors

Rethinking Our Approach to Climate ...